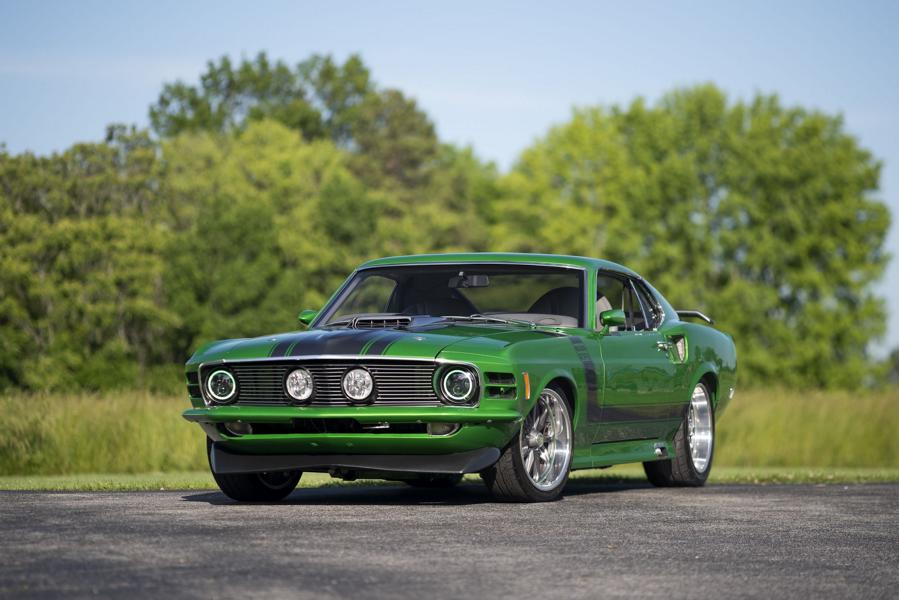 Nothing is currently as popular as transforming a classic into a so-called one Restomod. So a classic car with modern components for daily driving. And what exactly that looks like is shown by this Ford Mustang from 1970. It is painted in Metallic green with black stripes on the sides, over the hood and on the front fenders. The look of the decorations is somewhat reminiscent of the old Mustang Boss 302 that Ford manufactured in 1969 and 1970. Unfortunately, we don't know whether the base vehicle might even be an original Boss 302. But the vehicle definitely has a few Boss components with it. For example the big one Spoiler under the front bumper or the wing on the trunk lid.

However, the classic did Shelby style taillights. A new one joins them front Grill with central fog lights and also a set Side skirts with integrated side pipes and a powerful one bonnet with power dome is installed. In addition, the classic is on a new sentence Alloy rims with low profile tires.

And as expected, the interior has also been completely redesigned. And we like the result even better than the cabin of a current Mustang. dashboard, center console and the lower areas of the door panels are wrapped in body color and there is a lot of high quality Leather and suede. To do this, the driver and front passenger sit up TMI sport seats and also a new one Steering wheel as well as modern Dakota Digital Ads are built in. 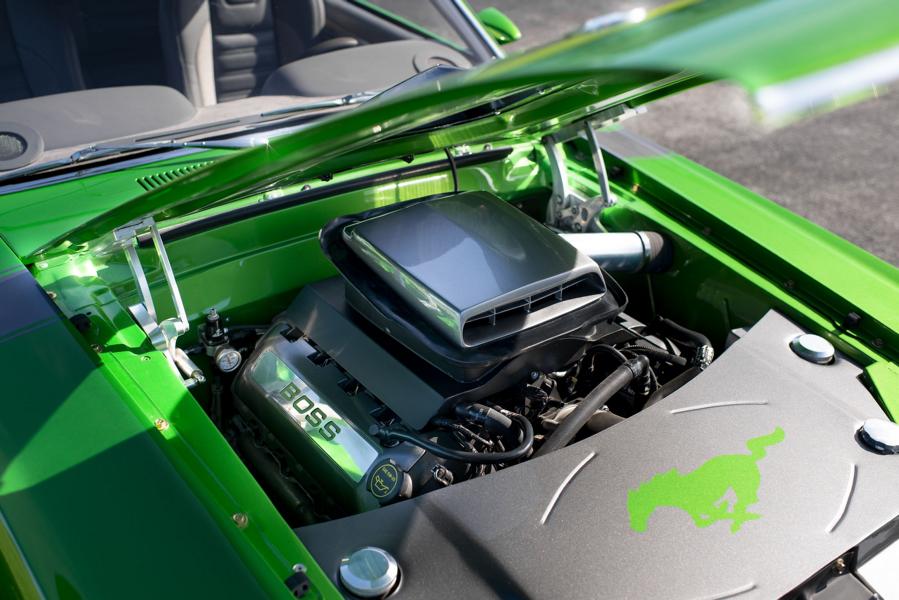 With a new one Audio system including Pioneer control unit (with bluetooth, reversing camera navigation system), one Air conditioning and electric windows the changes are essentially rounded off. As always, the highlight sits under the new one (Shaker) bonnet. This is where things work 5,0 liter Coyote V8 crate enginewhich, according to the advertisement, is in series production. The engine is coupled Stainless steel manifold in combination with Spin Tech mufflers and take care of a big one Aluminum cooler and two electric fans for a correct temperature balance.

Incidentally, the classic is switched by means of Tremec six-speed manualthat has a Aluminum drive shaft the power of the V8 to one Nine inch rear axle sends. The light green Boss 302 tribute is currently being auctioned through Hemmings and a purchase price of over 50.000 US dollars should be budgeted for the single piece. If we get more information about the changes, there will of course be an update for this report. You will be informed of this if you simply take ours Feed subscribe to. Have fun watching the pictures and stay true to us!