Speedster like that Mclaren elva or the Ferrari Monza SP2 are priceless for us mere mortals. And even specially converted vehicles like that Ford Mustang Rocket Speedster from Galpin Auto Sports (GAS) & Henrik Fisker are simply not affordable for ordinary people or they gather dust like any concept cars in heated halls. Not this example from the Ford dealer “Ford-Market” from Moscow in Russia. The guys only got a cracked one recently Ford Raptor bus with 6 × 6 drive built and attract attention at the same time with another crazy conversion. However, this was already presented at the St. Petersburg International Motor Show in 2019. You have a bright yellow Ford Focus for the ultimate Rebuilt Speedster.

not even doors are installed Even more radical than the Mercedes SLR Speedster, the mentioned McLaren Elva or the Ferrari Monza SP2 were ever. In addition to the missing roof and the missing windshield, it is the doors that are no longer present. So getting in and out is only as it used to be Luke and Bo Duke in "A duke seldom comes alone“(Original title: The Dukes of Hazzard) have done, namely with a courageous leap. However, this only works on the front seats, because the back seat is completely removed. For this purpose, the rear area has been completely rebuilt and two distinctive humps, as are typical for a Speedster, integrated. Incidentally, the basis is the Focus of Generation 3, which was converted from Gen 4 to ST optics with OEM components. This applies to the headlights as well as the rear lights and even the aprons front and rear. And he was also given a lowering and a small front spoiler. And even in the cabin, changes have been made. If not quite as successful as outside. The bucket seats are chic, but the MK3 cockpit without central ventilation nozzles and the strange infotainment screen are less successful than we think. The overall impression is still cool and the one-off piece is likely to be the ultimate eye-catcher on public roads. To what extent it is permitted in Russia to drive around with the Ford Focus Speedster is unfortunately not known to us. In Germany, however, it is certainly difficult due to the missing doors. If we receive timely information on further changes, there is of course an update for this report. You will be informed if you simply use ours Feed subscribe to. Have fun watching the pictures and stay true to us! Of course that had not been the case. Our tuning magazine has tens of thousands more tuning reports in stock. Do you want to see them all? Just click HERE and look around. Or are you particularly interested in the Ford Focus? Then the following excerpt is exactly the right thing. 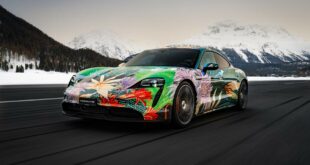