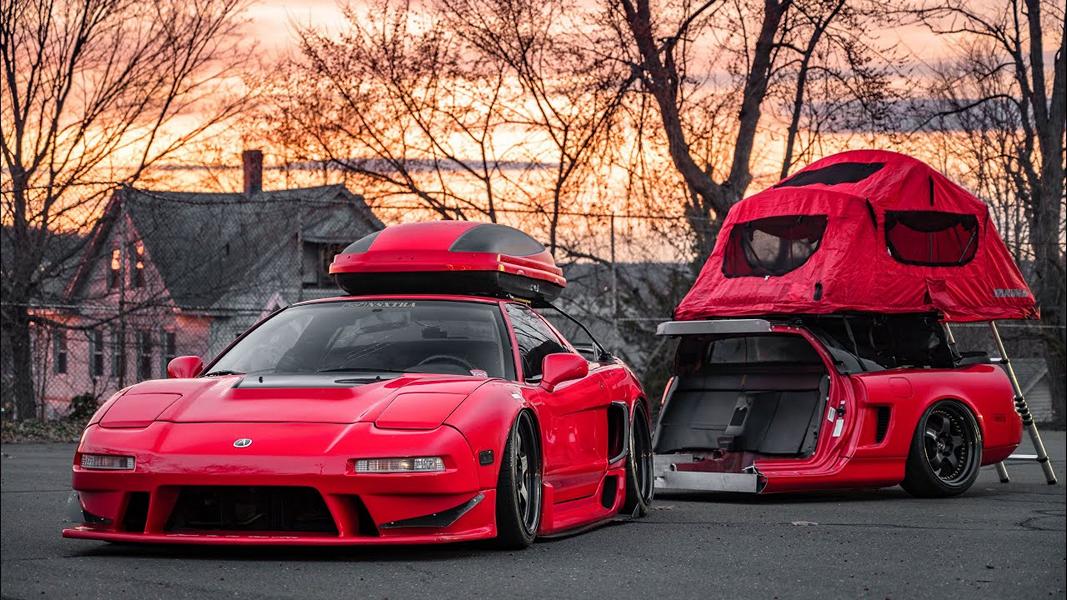 It is one of the legends of Japanese automobile construction, and the prices for well-kept specimens with low mileage are skyrocketing. Of the Honda / Acura NSX of the first generation has meanwhile become a coveted collector's item and still delights many car fans with its spectacular design language and the mid-engine concept. The current generation of the super sports car, which is a pioneer in terms of green technologies in the super sports car segment with its hybrid drive, will also find its fans, and it will be interesting to see how the price development of this rare model will develop in the future. It is likely that this model will also become a coveted classic, provided that by then it is still allowed to drive automobiles with internal combustion engines and they are not completely banned by increasingly stringent environmental protection regulations.

Camping and NSX go together!

But now we are going to introduce you to a completely crazy Acura NSX from the USA, which received a very special appendix from its owner. NSX fan Chris Cut, who also runs the YouTube channel NSXTRA, has come up with something special, and his project is one Campers realized on the basis of the Honda super sports car. 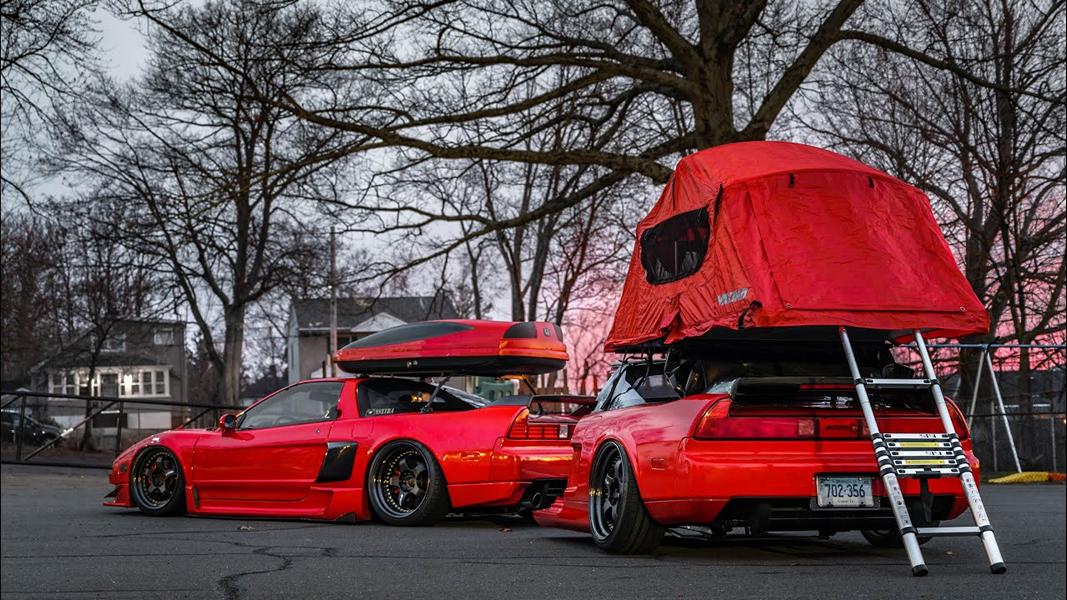 After a road trip in his vermilion NSX, he decided to get out of a second, probably accident, Acura NSX a suitable one Camping team to create that is unique in the world. You can certainly still remember that Infiniti team named FX105, which does its rounds in China, remember, which is designed according to a similar design. In contrast to this, the team from the two NSX models also has one Rooftent on the trailer, which consists of half an NSX, and was designed and implemented in home work. We also find the fact that the towing vehicle was provided with a roof box, which you would not actually expect on a sports car, as unusual. Unfortunately, we don't know anything about the dimensions of the tent, but two people can sleep in it comfortably. 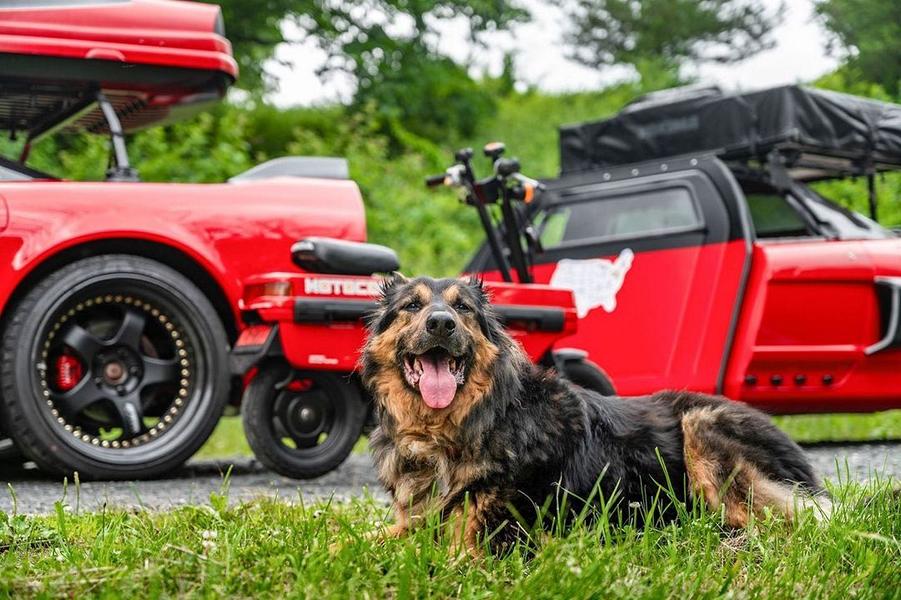 In the interior of the half NSX, which acts as a trailer, there is no space for another person. With this team you are guaranteed to get a lot more attention than anyone who owns a Bugatti or Koenigsegg. because something like that is probably unique.

The well-known V6 naturally aspirated gasoline engine with a displacement of 3 liters and acts as the drive source 265 PS. The aggregate develops ridiculous ones for today's conditions 294 Newtonmeter maximum torque, and ensures that the classic in 5,7 seconds sprints from 0 to 100 km / h. The top speed is with 270 km/h specified. We are pretty sure, however, that the performance will not be achieved if half the NSX, which acts as a trailer, has to be towed along.

Our Summary to the extraordinary team:

There are just things in terms of tuning that can only be found in the USA. Every German TÜV inspector would probably clap his hands in front of his face if he saw such a creation and would be horrified. Many lovers and collectors of classic automobiles will rub their eyes in amazement and claim that a Honda NSX of the first generation cannot be turned into such a “work of art”, otherwise it will lose a lot of its value. Chris Cut didn't care about any of that, and he's living his tuning dream, and we have respect for that. If you liked the team, you can take a look at the corresponding picture gallery that we have attached to the article. If we get more information about the changes, there will of course be an update for this report. You will be informed of this if you simply take ours Feed subscribe to. Have fun watching the pictures and stay true to us!