For this 2018 Audi RS7 Performance in the chic Nardo Grau there is a huge plan! Nothing less than the strongest street legal RS7 in the world should be created. This RS7 comes already with an exclusive individual equipment in the factory Audi Exclusive Custom Orange in combination with lots of carbon and everything that is good and expensive. And there was already a subtle increase in performance from 605 PS & 700 NM to currently 650 PS & 900 NM, but one is planned APR Stage 3 kit mobilized via 1.000 PS. But even with the current performance increase, 3,1 km / h (100 seconds series) can be reached in just 3,7 seconds. 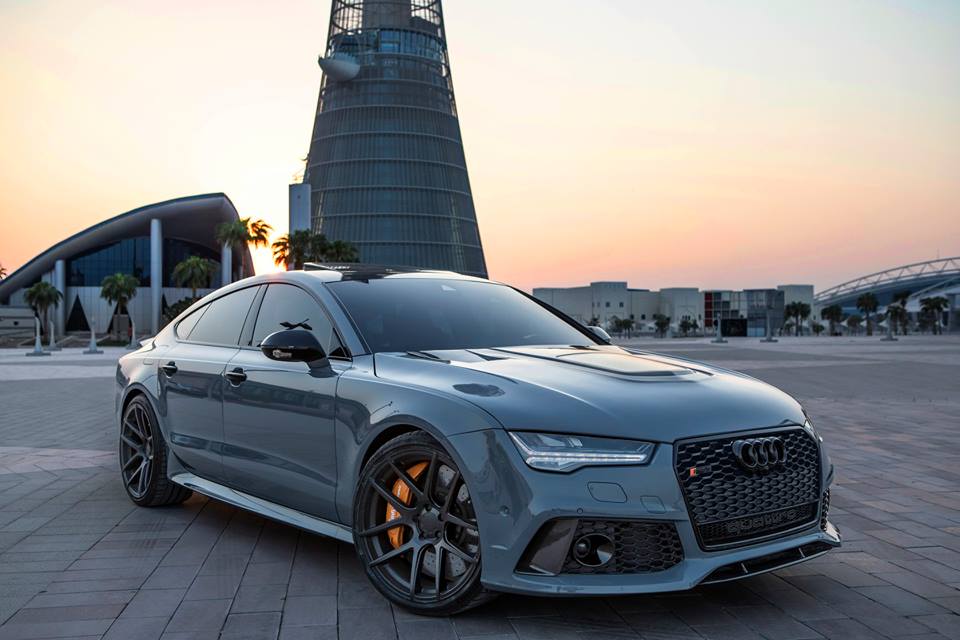 The huge jump in performance over 1.000 PS would like to achieve by means of a completely new turbocharger, a methanol kit, customized intercooler, individual sports exhaust system, etc. Currently installed is a complete sports exhaust system including APR downpipe, an Eventuri Air-Intake system and unmistakable there was already a new hood. This is a carbon hood from Darwinpro which is partly painted in body color and impresses especially by the mighty Powerdome with viewing window and the large air openings on the right and left. And there has already been a new wheel set and here the owner (@ aalsa3i) opted for "Velgen Wheels type VMB5" in 21 inches and a satin black painted surface. Small details such as the black Audi emblem on the front and back, the black RS7 lettering or the chic carbon mirror caps round off the RS7 at the moment. If we receive new information on the current state of affairs in a timely manner, there will of course be an update for this report. You will be informed about this if you simply use ours Feed subscribe to. Have fun watching the pictures and stay true to us! Of course that had not been the case. Our tuning magazine has tens of thousands more tuning reports in stock. Do you want to see them all? Just click HERE and look around. Or are you particularly interested in tuned Audi RS7? Then the following extract is just the right one.