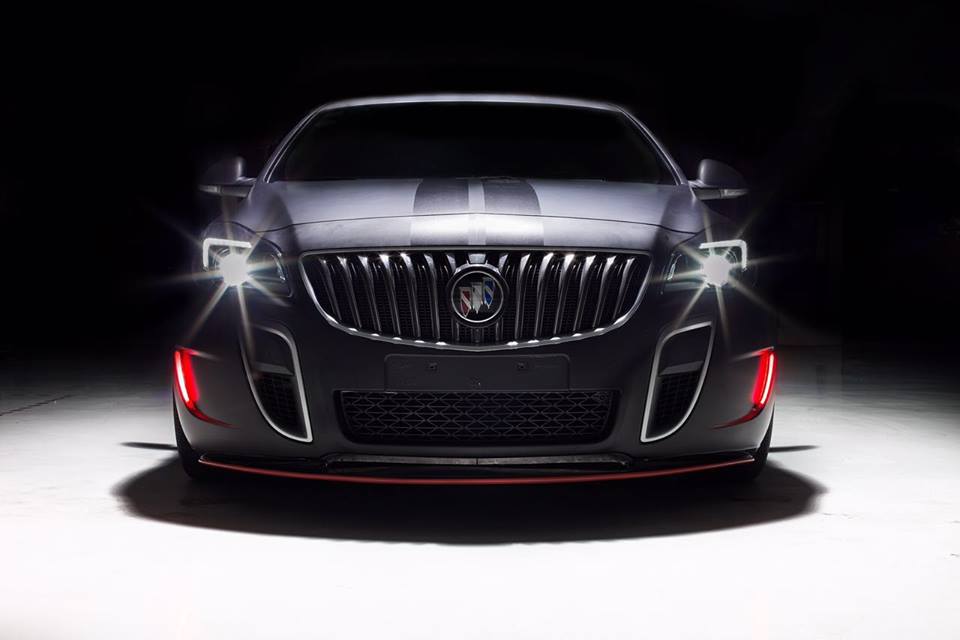 2010 GM has the Buick Regal GS full-bodied as "The next product renaissance“Announced. The marketing department of the General Motors subsidiary didn't quite hit the mark. The problem was probably the fact that the Regal GS was only an Opel Insignia with Buick emblems and was not even allowed to decorate itself with the 325 PS 2,8-liter V6 of the OPC. In the USA and other countries, the Regal GS “only” got a two-liter gasoline engine with direct injection and turbocharger which, with 258 hp and 400 Newton meters of torque, was significantly weaker than the OPC. And the Chinese tuner has just such a copy Ink Design performed. The focus was on a number of changes to the appearance and a performance increase to come close to the European Opel Insignia OPC. And in our opinion, that is quite successful. The biggest change to the vehicle is the Vollfolierung in matte black with some accents skillfully staged. The front bumper got missed red LED daytime running lights on the right and left and beyond that, the Regal GS shows with an Irmscher spoiler lip and red accent. The side view on the other hand convinces with the black painted series rims and a red PinStripe. And also the brake calipers of the Brembo brake system are painted in red. In addition, the Buick got side skirts by Irmscher. And so that the wheelset fits snugly in the wheel arch, and the GS circling even faster around the corner, there was a lowering by KW variant 3 coilover suspension. Incidentally, the complete vehicle is in the Star Wars motto It was not surprising that a Star Wars wrap was applied to the pages.

Irmscher & Star Wars hints all around The Star Wars highlight is definitely on the roof. Here is Darth Vader pictured what a really cool idea is how we find. And as mentioned earlier, there was also an increase in performance for the 2 liter engine. Using EDS chip tuning 258 PS goes up to 290 PS and thus at least near the real Insignia OPC. Small details like the slightly darkened taillights or the completely tinted windows complete the Irmscher Insignia (Buick Regal GS) in the "China Edition. If we receive information on further changes in a timely manner, there will of course be an update for this report as always. It is best to subscribe to our feed and if there is something new you will be informed immediately. We hope you enjoy looking at the pictures. These are the details of the Buick Regal GS: We still have many thousands more tuning reports on tuningblog.eu, if you wanted to see an excerpt then just click HERE, And also from the tuner Irmscher we have a lot more cars, following a small excerpt: "Are you AMG-ready?" Campaign for the new brand positioning of Mercedes-AMG! Mini shows a lot of original accessories for the Mini Electric!