It is slowly but surely becoming apparent that we will probably not get around e-mobility. While you can somehow live with it in road traffic, in our opinion in motorsport it is just unemotional driving around in circles. If you want to conserve resources, then please completely. Anyone who has ever watched a Formula E race should know what we mean. It's a bit like the current Bundesliga games without spectators. First, second, third or fourth division? Does not matter. It is and remains boring. But back to "Motorsport" (should you still call it that?). Electrically powered vehicles are starting in more and more competitions. And, as recently announced, that even applies to the DTM. The German Touring Car Championship will turn on the batteries from 2023 and for the first time be emission-free and probably also “emotion-free”. 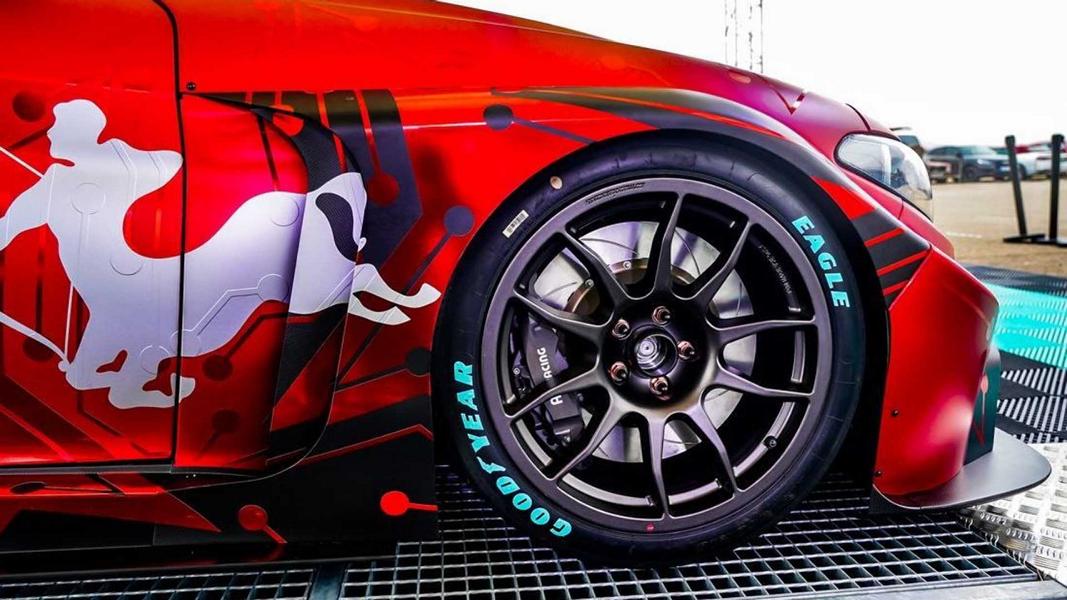 And next year the Pure ETCR championship starts with a total of 6 races. This is a touring car series that can be attributed to rallycross. There are short runs (the cars have electric drive ^^) and various elimination rounds, with the best reaching the final stage. And the Romeo Ferraris team will take part in it with the Furia Rossa. The "Furia Rossa" was announced on some sketches at the end of 2019 and can now be seen in its final version. No longer in white, but now in red. The vehicle was presented on the “MotorLand Aragon” motorsport racetrack at a promotional event for the new racing series. The Giulia Furia Rossa will be driven in the first season of the championship by the French racing driver Jean-Karl Vernay, who became the Indy Lights champion in 2010. Like all vehicles in the series, Furia Rossa is powered by batteries from Williams Advanced Engineering and there are also mandatory Magelec inverters, BrightLoop converters and two motors with a total output of an impressive 670 hp. The key data are all defined in the regulations of the ETCR. Specifically, this means: the body has 4 or 5 doors, there are 2 electric motors at the rear with 500 kW maximum power (300 kW continuous power) at 1.200 rpm, a battery with 65 kWh at 800 volts is installed, there is rear-wheel drive and a gearbox with simple translation. And charging is carried out exclusively using Enel X charging units. The Furia Rossa has received a widebody kit with a front spoiler, wide side skirts, rear diffuser and rear wing, plus an ultra-light motorsport wheel set and a sports brake system. Visually an impressive vehicle in any case. It will be interesting to see how the response to this and other e-racing series will be. The Giulia Furia Rossa Incidentally, Romeo Ferraris is the third vehicle to officially participate in the Pure ETCR Championship. The Cupra e-Racer and the Hyundai Veloster N ETCR are already known. If we get more information, there is of course an update for this report. You will be informed of this if you simply use ours Feed subscribe to. Have fun watching the pictures and stay true to us! Of course, that wasn't the end of it. Our tuning magazine has tens of thousands more tuning reports in stock. Do you want to see them all? Just click HERE and look around. Or are you particularly interested in the tuner Romeo Ferraris Srl? Then the following excerpt is sure to be just the thing.