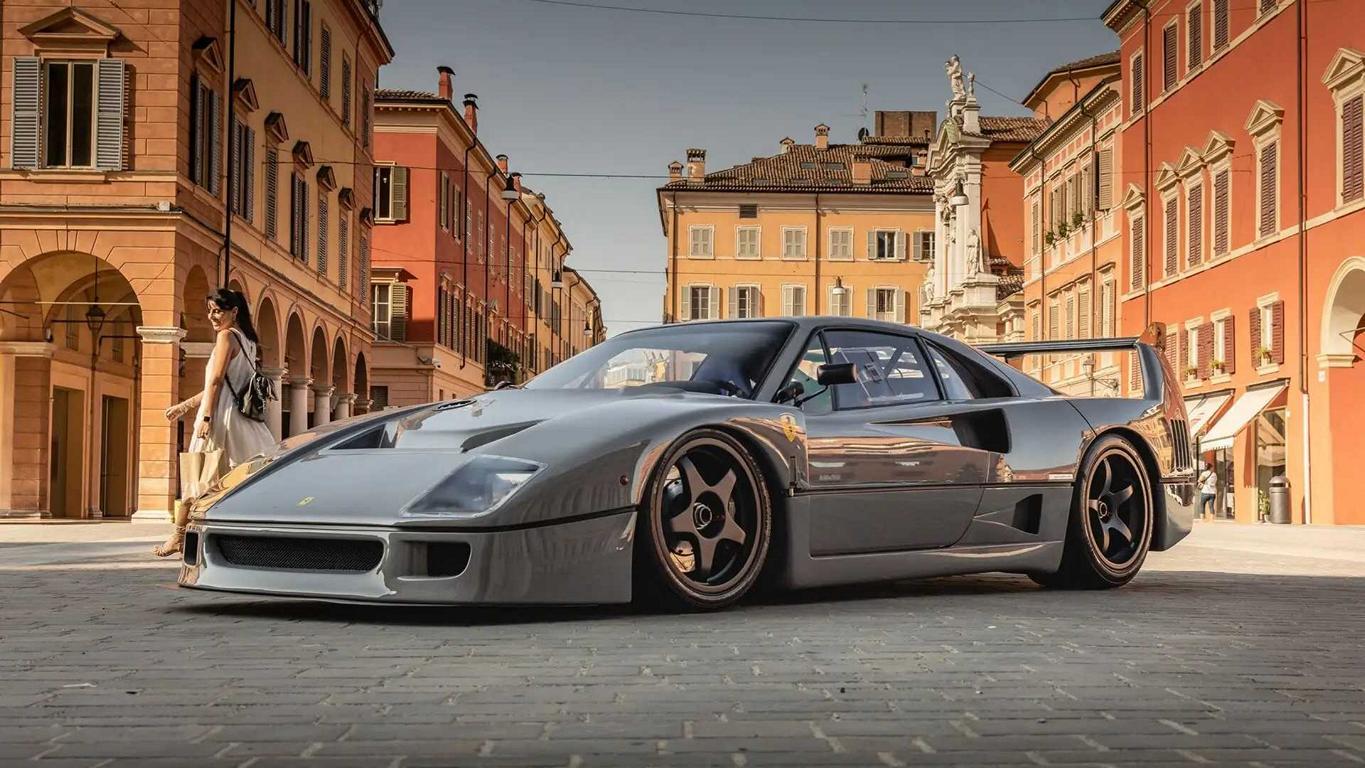 We're pretty sure if you're even a little bit into automobiles, you'll know the legendary Ferrari F40. So it is necessary actually no further introduction. The classic is a rolling legend and as a forerunner of the Ferrara, Enzo and the F50 an icon in the sports car world. And such a copy of the super sports car star of the 80s is actually available at the moment Sales. And the very first glance reveals that this F40 is really standard rather. Color, the black ones Beer and the deep landing gear, no F40 has ever left the Maranello factory. And while a "tuned" classic like the F40 might not be to everyone's taste, we can say the history and changes made are definitely worth a look. Yes, one thing in advance: information on the price is only available from RM Sotheby's on request. But we easily estimate around 2 million euros!

But let's get to the vehicle. The Italian has chassis number 80782 and according to RM Sotheby's it was transferred to the official Ferrari importer in the Netherlands (Kroymans BV) after delivery in November 1989. And then in 1993 he came to Cavallino Tuning (sports department of Kroymans) to get into a thoroughbred Rennwagen to “Competizione” specification to be transformed. However, the V8 biturbo petrol engine with its 478 PS & 577 NM torque remained completely series. the suspension (Racing shock absorbers from Intracks), the Brakes, the Instruments (Stack instrument system) and the Painting (was painted yellow) though not. There were further changes in 1995. This was due to the work of the G-Tex company based in Great Britain. At that time there were also the first extensive ones Changes to the engine, so a Power of well over 700 hp the result was as well as more mods like one Roll bar.

Only two years later, the vehicle was then sold to Michel Oprey, who again made changes to it and also used the F40 in various races until 2006. Under the care of a British team, there were other races later until 2009. And then the current owner bought the F40. This brought him to Maranello to the Zanasi group (Ferrari factory official paint shop for the Supercars, Tailor-Made and Icona editions), which completely completes the athlete restored, contrasting blue Fabric seats built and at the same time in the three-layer "Grigio Nardo" painted. The full one should cost a good 123.000 euros restoration have cost and in its current condition, the engine should be between 700 and almost 1.000 hp afford, depending on the configuration. If we get more information about the changes, there is of course an update for this report. You will be informed about this if you simply use our Feed subscribe to. Have fun watching the pictures and stay true to us!