Sound Generator: The V8 sound from the speaker Active sound is the name for sound modules that can be retrofitted to a diesel, for example, or are also installed ex works. The active sound system can drown out the annoying noise of a diesel engine while delivering a rich sound to the occupants and the outside world. The tuning industry supplies new technologies in the field of sound boosters and sound modules that are worth a look. Below you will the area Active sound brought closer.

Active Sound - what is it? 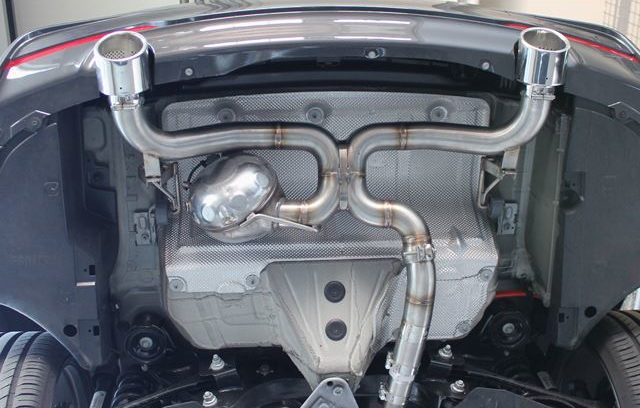 In the tuning scene, the engine sound plays a major role. The engine and exhaust should sound full. But not every tuner can afford and entertain a powerful V10 or V8 model. The high maintenance costs can be avoided by retrofitting sound modules or sound boosters. Large-volume drives do not necessarily have to be either. In addition, many automobile manufacturers no longer use large-volume drives - keyword “downsizing”. The interested car buyer and car tuner does not have to do without a V12, V10, V8 or V6 engine sound. Automobile manufacturers and suppliers to the automobile industry have developed active sound systems that also give smaller gasoline and diesel engines a rich sound. Having a sound system retrofitted costs from around 900 euros upwards if the system is new. Used parts are sometimes significantly cheaper. The actual costs depend on the scope of delivery as well as the type of vehicle, compatibility and control. The technique is used to generate an artificial exhaust and engine noise. The Active Sound System works like a loudspeaker. An automotive supplier from Esslingen (Neckar), Eberspächer, has developed the Active Sound Speaker as an alternative to the silencer. The technology meant that the original exhaust sound should be extinguished. The technology is not used in the tuning range to extinguish the exhaust noise, but to increase the exhaust noise and serve as the main source of generation. Such a system is used for example in VW vehicles, such as the Golf GTD or Audi vehicles, such as the Audi A6 TDI. Some automobiles are equipped as standard with an Active Sound System. In some countries such a system may be retrofitted. In Germany, however, an active sound system is no longer allowed above a certain volume. Here are the Regulations changed drastically.

How the Active Sound technology works

The way soundboosters work is comparable to a loudspeaker. In connection with the Active Sound System, however, the term loudspeaker is not used. This is called an actuator. In addition to the term actuator, the terms sound booster, sound generator, actuator or noise generator can also be used. A sound booster is installed below the vehicle or, depending on the manufacturer, directly on the exhaust system. The actuator works independently of the exhaust system and has nothing to do with exhaust gas generation. In addition to the actual sound booster or actuator, control devices, brackets and cables are also required for the function of an active sound system. Without a control device that is used to generate sound, the sound boosters are useless. We hope that you the info report on the term sound generator from the field of autotuning. Our goal is that the largest German-language tuning dictionary (Tuning Wikipedia) and to explain tuning terms from A to Z easily and understandably. Almost every day we expand this encyclopedia and how far we are already can you HERE see. Soon the next one will be Tuning scene concept be illuminated by us. Incidentally, you will be informed about new topics if you have ours Feed subscribe to.