Hanau wants to slow down Raser and Poser with pitfalls The Hessian city of Hanau would like to be the first city in Germany to drastically slow down speeders and car posers with so-called "Actibumps". These are electrically lowerable steel plates from the Swedish manufacturer Edeva were developed using the principle of a classic speed camera. Here, too, the speed of the vehicle is determined using radar technology and if the car is too fast, a steel plate in the ground is lowered by a good 6 centimeters in front of the vehicle. As a result, this has a hard blow that is supposed to become an "educational effect". The system has already been tested in the Czech Republic and Sweden where "Actibump" is already being used in 50 different locations. In Hanau, the system is initially being tested in an 20er zone in the city center, where Autoposer has reported frequent traffic disruptions. The cost of the system is around 50.000 € and in late summer 2019 the practical test should start. For rescue workers, there should initially be a transponder that temporarily blocks the pitfalls. It will show how effective the system is. We can imagine that in particular drivers of an SUV or a specially converted off-roader have no problem with the thresholds to pass at excessive speed. By contrast, the result may be catastrophic for lowered vehicles. Likewise, we believe that the educational effect is higher with a classic speed camera with points. All this will show up. 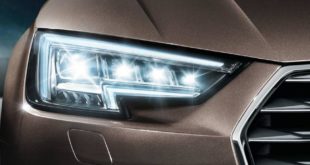 High penalties for hit-and-run: you have to pay attention!

Info: What is actually allowed when tinting car windows?

Ignoring multiple signs can be expensive!