Restomods, Restomods, and Restomods again. The hype surrounding old American and European automobiles that have been saved from the scrap press and then pimped and modernized seems to be endless. Almost every day we find new oldies online, which have been optically modified and technically brought up to scratch, which we can report on. Especially the brand Chevrolet is in the focus of the "Restomod-Jünger", because in the past it has produced a lot of classic and desirable automobiles that are being hyped on the internet by the tuning community. Of course, we're not going to miss this opportunity, and now present you a Chevrolet Camaro from 1967, which is causing a sensation on the Internet and is being offered for sale for 67.999 US dollars.

Mamba green Chevy as a restomod 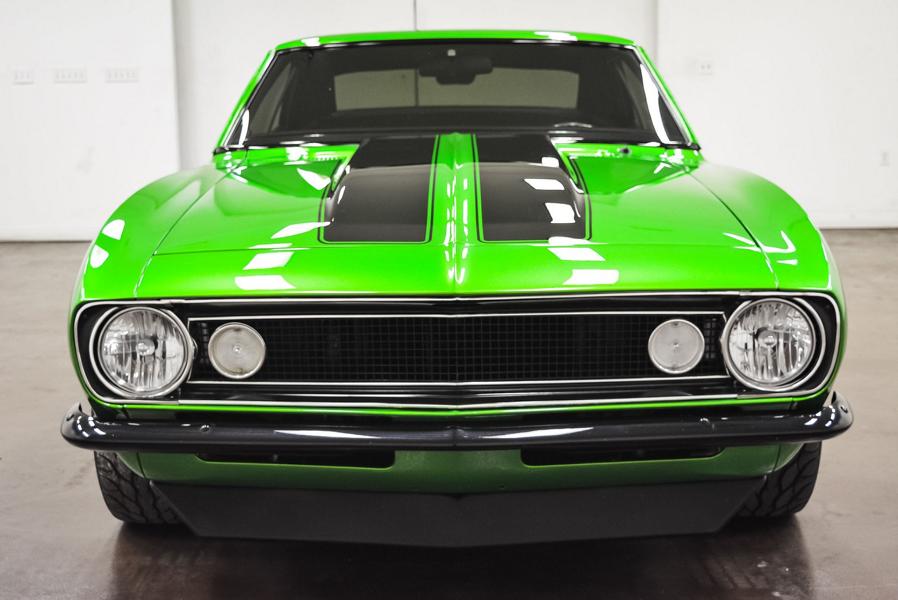 The most striking feature of the Camaro's exterior appearance is actually the green exterior color. There is also a black power dome on the hood, which is a very daring contrast to the bright green rest of the exterior. Black rims in deep bed optics with star design round off the classic appearance of the car. This restomod proves that it is not absolutely necessary to go overboard with the optical tuning in order to attract attention, because the Camaro from 1967 impresses with its restrained appearance and its probably perfect condition. He would be one of the stars at every US car meeting, and US car fans would turn around for the one-off, we're sure of that. 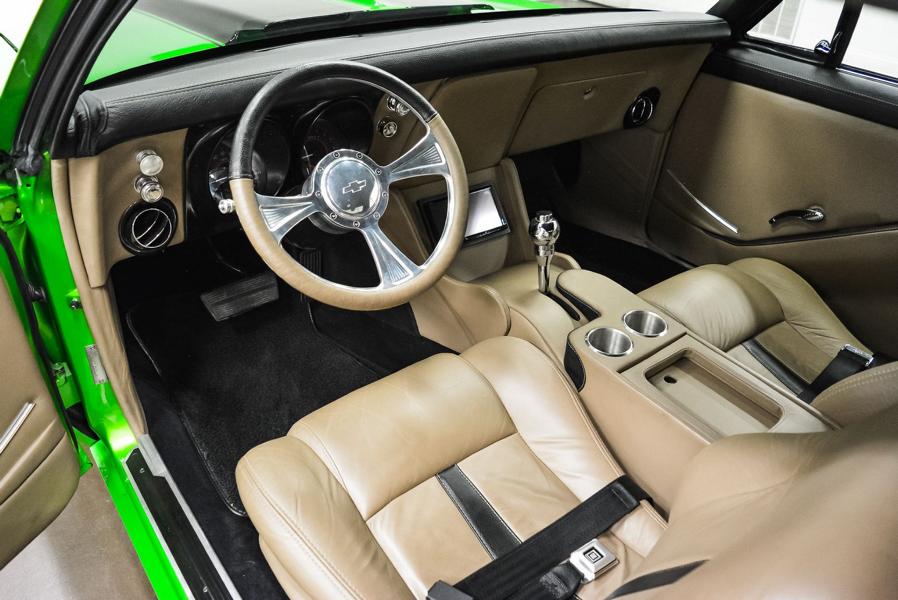 First the seats and the door panels were covered with light-colored leather. After that, dark leather found its way into the dashboard of the Camaro to create a certain contrast. The seats take up the exterior design with a black stripe in the middle, which carries the mentioned black power dome in the middle of the bonnet. The steering wheel, which was specially made for this vehicle and has three spokes in chrome, is very unusual. Much more exciting for technology fans, however, is the digital cockpit, which, similar to modern vehicles, shows all important information on a display, as well as the touchscreen, which is located in the center console. With this touchscreen, both the retrofitted automatic air conditioning and the modern sound system can be easily controlled by touching the screen. Another very special work of art is the automatic selector lever, which looks as if it were completely chrome-plated. In addition, the backdrop of the automatic is lined with beige leather. In our opinion, the interior is an absolute work of art, and an indication that Restomods solid always be rebuilt with the utmost attention to detail and care.

LS-V8 with 6 liters displacement serves as the drive source. 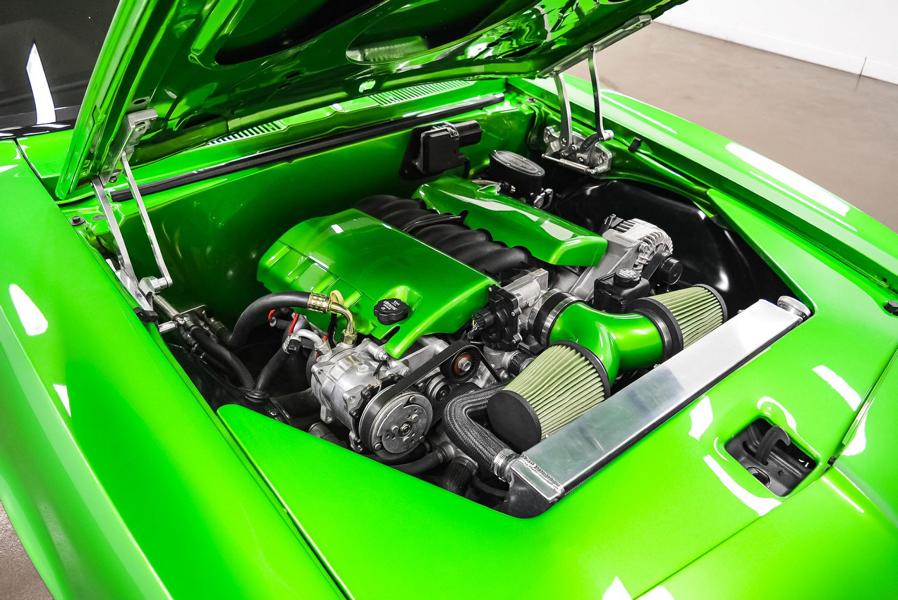 The original engine also had to make way for a more modern 6-liter V8 naturally aspirated gasoline engine, which is linked to a 4L80E four-speed automatic transmission. Unfortunately, we don't know the engine's torque and power, but there should be enough power to avoid reducing the term “muscle car” to absurdity. We estimate that the green racer would cut a pretty good figure even on the quarter mile.

Our conclusion on the 1967 Camaro Restomod!

Once again a Restomod tuner demonstrates its unbelievably great attention to detail and creates a Camaro that is second to none. Outwardly quite unspectacular, the car impresses with its attention to detail and its style. If you fell in love with the Restomod spontaneously, then we recommend our picture gallery, which we have attached to the article at the end. If we should get more information, there is of course an update for this report. You will be informed of this if you simply use ours Feed subscribe to. Have fun watching the pictures and stay true to us! 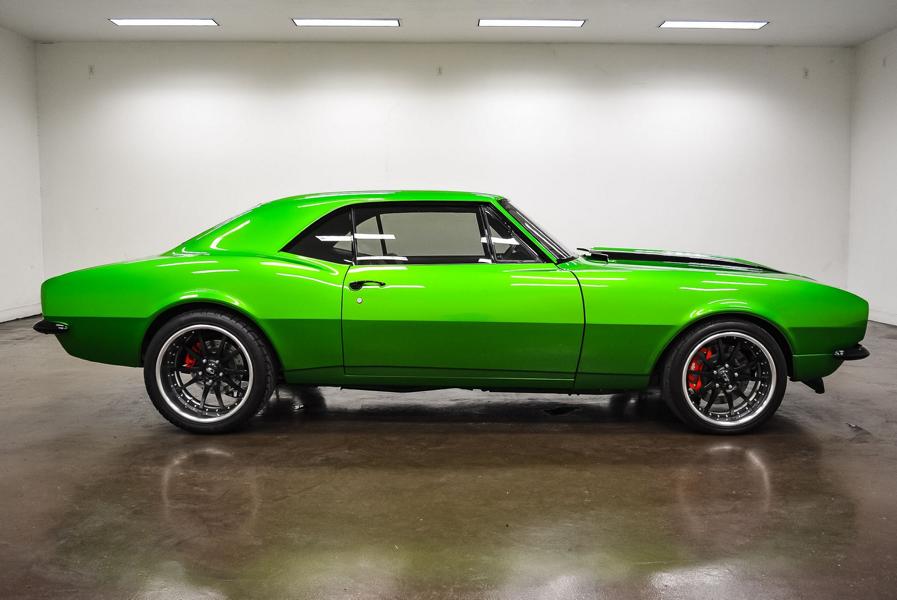 1967 Chevrolet Camaro Restomod is a high-tech athlete in retro clothing. Video: This vs. That - Corvette C8 vs. Lexus GS Drift Car! Maxus T70 Chase Edition with off-road tuning for the rough!