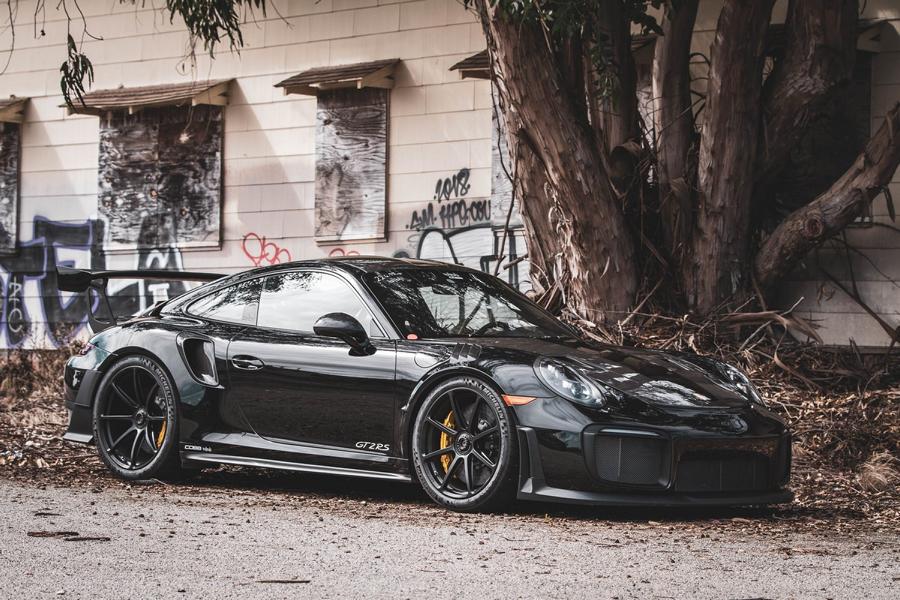 The racing history of the 911 is as long as its construction time. There is hardly a race for sports cars in which the series has not yet taken part. Be it LeMans, the 24 hours at the Nürburgring or even the safari rally in Kenya. With its unique design and the combination of rear engine and rear drive, a Porsche 911 is often superior to its competitors on the racetrack. But not only on the track, but also on the road, the 650 shows its often more powerfully motorized competitors, the taillights for decades. Especially in the currently strongest series version, the 992 PS strong 0 Turbo S, it dismantles almost every Ferrari or Lamborghini in a sprint from 100 to 911 km / h, even though they often have a few more horses under the hood. It is probably the unusual weight distribution, which is extremely rear-biased, as well as the unique installation position of the boxer engine in the rear, which means that the XNUMX has noticeably more traction than most other vehicles with a driven axle. That is why it is popularly called: "Porsche horsepower count twice"!

Track tool, also for everyday use! 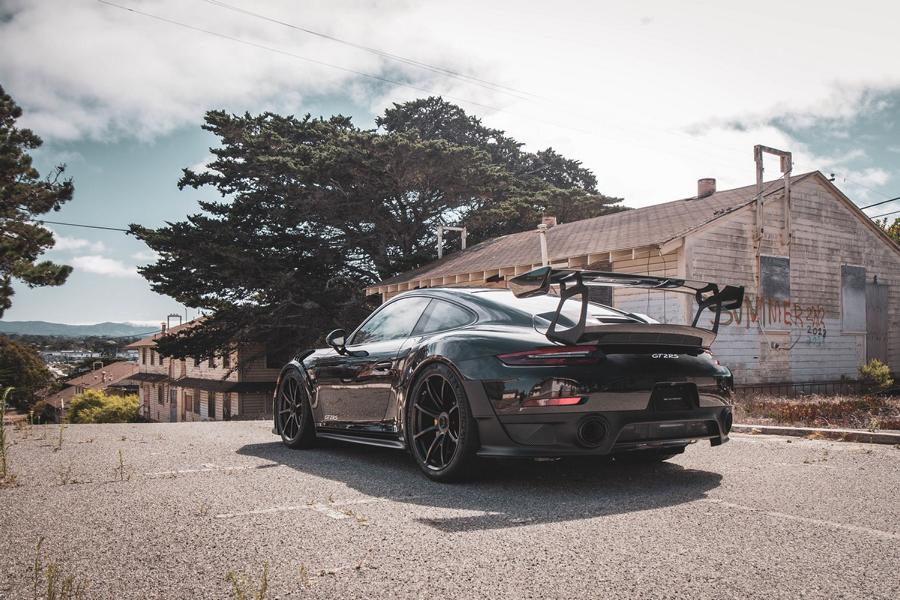 While the GT2 RS is currently the most powerful production Porsche without tuning, Betim Berisha, the boss of BBI Autosport, goes one better. Due to the increase in power and torque, as well as the weight reduction, a GT2 RS becomes the most powerful 911 in the world, which has an original Porsche engine and is still approved for the road. This has been tuned up to the limit by BBI, so that it only has to give way to a Bugatti Chiron and other hypercars on the autobahn. If you consider that the Bugatti, for example, has ten more cylinders and two more turbochargers, then that is a masterly achievement that Betim Berisha and his team achieved when they designed the track tool. This car on Michelin Pilot Sport Cup 2 tires is recognized by BBI Motorsport as “Dr. Jekyll ”and“ Mr. Hyde ”, as it can be driven quite normally in traffic as well as blowing almost any opponent who gets in its way on the racetrack.

The interior was almost completely stripped. 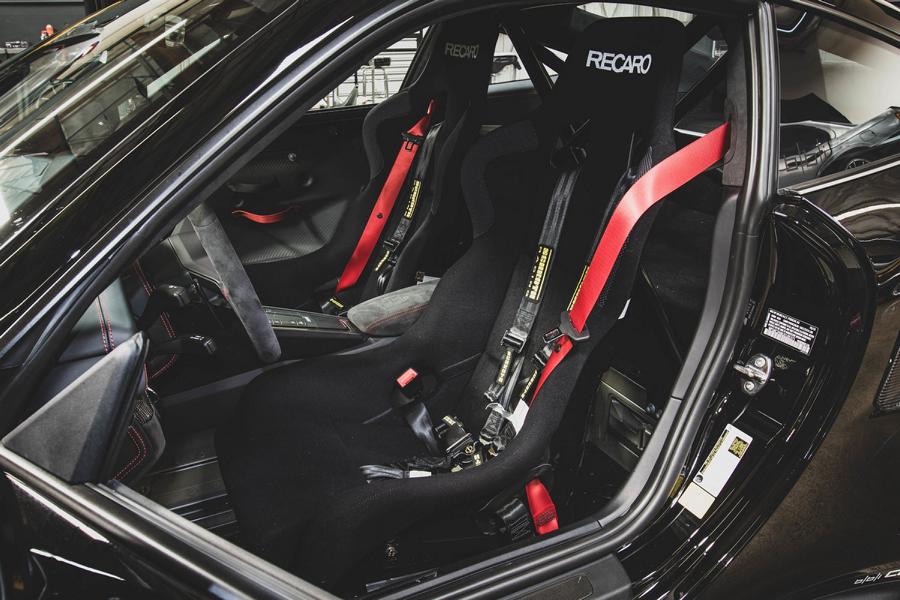 In order to achieve a weight reduction of a good 90 kg, the interior was almost complete stripped. The radio was removed, as well as the headliner, door panels and all superfluous bells and whistles that a real racing tool doesn't necessarily need. Instead, light ones stopped Recaro racing seats with FIA type approval and six-point harness indentation, as well as a Roll cage. This guarantees the highest level of safety even in racing, but of course you can also take the car on a nice weekend trip for two, which does not necessarily have to go to the Nürburgring. 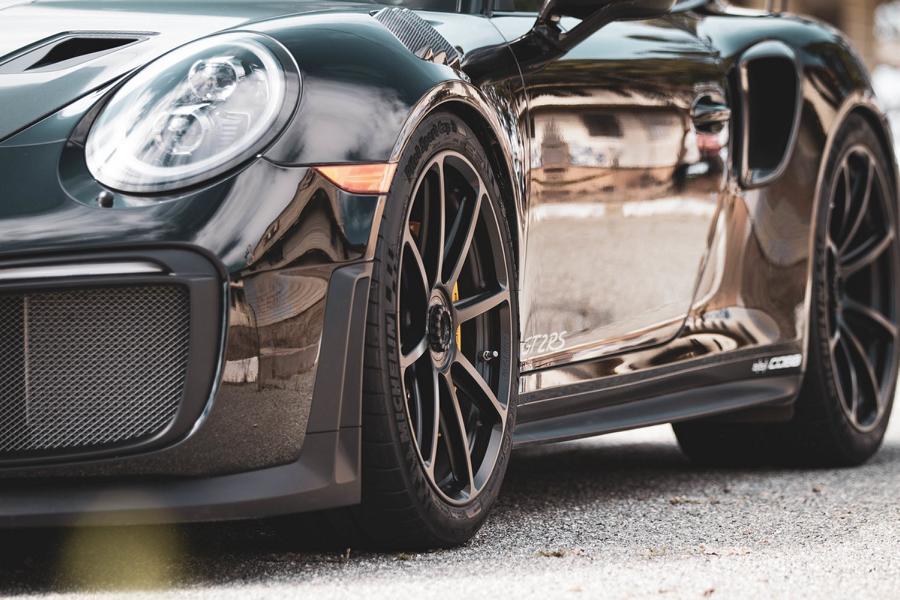 The 3,8-liter boxer engine with twin turbo charging was pushed to over 800 hp to enable acceleration and performance that seem out of this world. In addition, it is possible to reach the insane speed of 395 km / h with the 2, which means that it only has to give way to the aforementioned absolute hypercars from Bugatti, Koenigsegg & Co. Unfortunately there are no official performance figures for the BBi GT100 RS, but the acceleration from zero to 2 should be in the middle of XNUMX seconds.

Our conclusion on the BBi Porsche 911.

This nine-eleven is an absolute weapon that combines the best of both worlds. The suitability for everyday use (if you can call it that with a GT2 RS) was retained in full, while the qualities on the racetrack are at a level that can hardly be achieved by any other street-legal car. The price for the tuned sweetheart is astronomical, however, as it is around $ 500.000. So if you haven't won the lottery, you can take a look at our picture gallery of the GT2 RS from BBi at the end of the text. If we receive information on further changes in a timely manner, there will of course be an update for this report. You will be informed of this if you simply use ours Feed subscribe to. Have fun watching the pictures and stay true to us! Of course, that wasn't the end of it. Our tuning magazine has tens of thousands more tuning reports in stock. Do you want to see them all? Just click HERE and look around. Or are you particularly interested in the tuner BBi Autosport? Then the following excerpt is sure to be just the thing. Video: Widebody kit on the Lada with 2JZ Tubo engine!