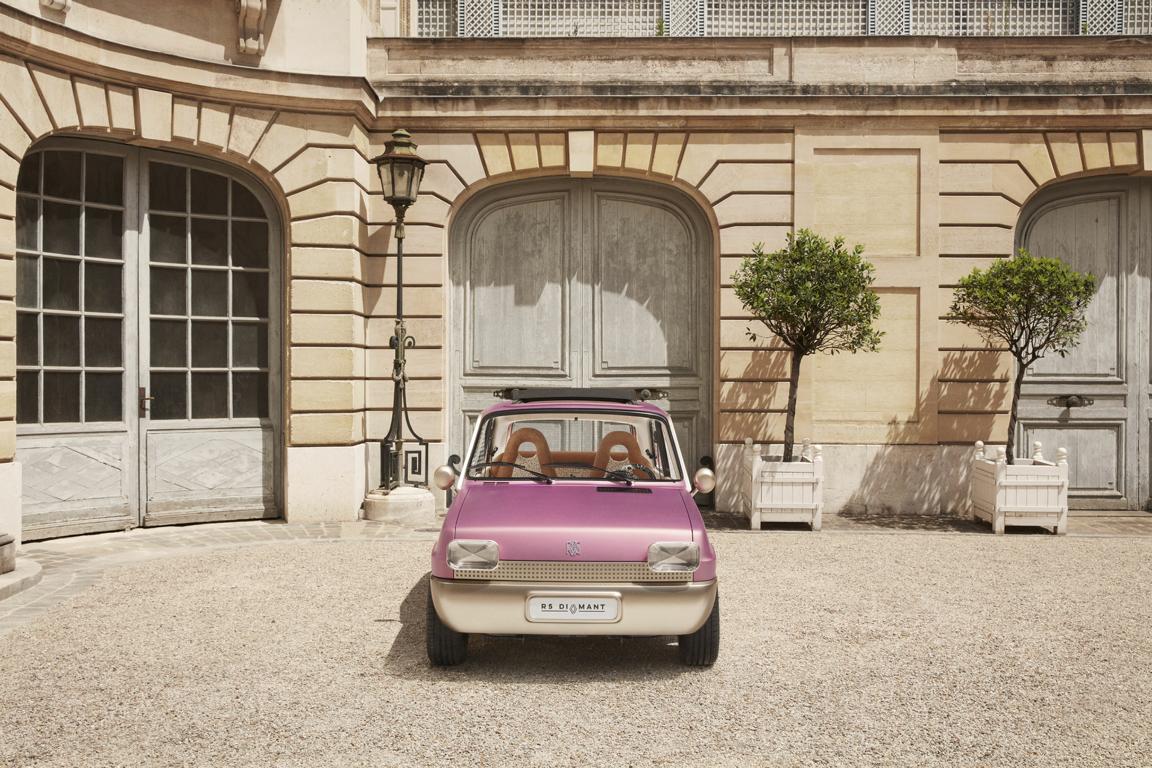 Renault has teamed up with French designer Pierre Gonalons to celebrate the 50th anniversary of the Renault 5 to reinvent the iconic model of the 1970s and 80s. The result of this cooperation is the Renault 5 Diamant, an electric show car that combines the worlds of interior design and the automobile. Pierre Gonalons is one of the leading designers and representatives of French handicrafts. Created in close collaboration with Renault Design Colors & Trims, the Renault 5 Diamond reflects the artist's vision of the car of the future. Says Gonalons: “The Renault 5 embodies a trendy and contemporary lifestyle. With the Renault 5 Diamant, I wanted to pay tribute to its revolutionary design while transferring the shapes and colors of my universe to the automotive world.”

When designing the Renault 5 Diamant, the designer was inspired by the decorative arts, in particular the art of jewellery, which is reflected in numerous refined details. The show car retains the unmistakable lines of the original that first rolled off the assembly line in 1972. However, Gonalons deliberately removed important attachments from their surroundings, enlarged them and modified their design. The headlights, for example, are no longer integrated into the front section, but are positioned free-standing in front of them, as well as the taillights, which are modeled after gemstones. The wide wheels are originally from the sporty Renault 5 Alpine and are decorated with a sun above the hub. The bodywork paint consists of three layers: golden pigments on a pink background, covered with matte varnish that creates a variety of effects ranging from golden lines in the sun to blue tones in the dark.

The interior is extremely reduced. Gonalons only kept a handful of specific elements here. The door handles, the window winders and the shift lever are designed in the form of spheres, the material mix of which exudes a touch of Parisian flair: light gold-plated brass combined with rust-free metal and hard-wearing materials. The steering wheel is made of fine Grand Antique d'Aubert marble on carbon. Despite its unusual shape, it is characterized by its great user-friendliness and thus follows Gonalon's efforts not to impair functionality with all artistic freedom. The fact that even the vehicle key received a special surface treatment testifies to the designer's pronounced love of detail. 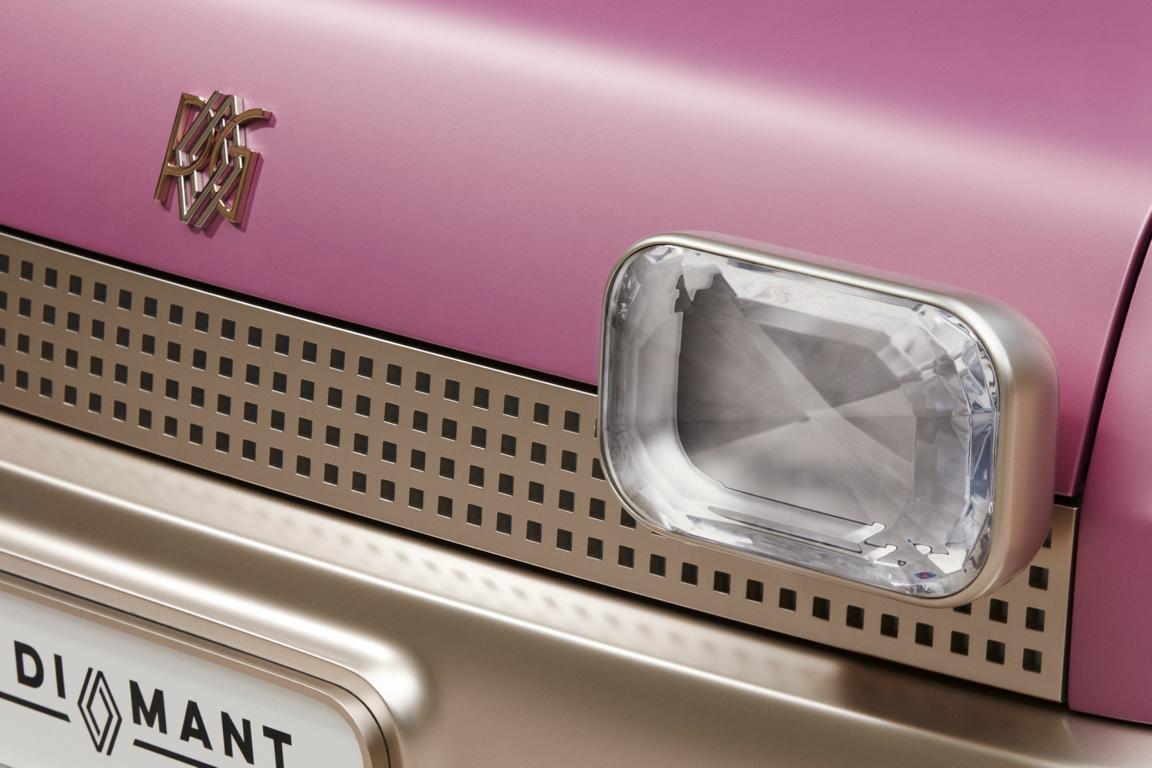 The Renault 5 Diamant stands for modern high-tech solutions as well as for artistic and technical refinement. In addition to the purely electric drive, these include a fingerprint scanner for unlocking the doors and a sequential selector lever with three positions (forward, neutral, reverse). Digital displays based on three classic dials as a homage to the traditional art of watchmaking provide information on speed, battery charge and time. Navigation and infotainment take place via the owner's smartphone, which fits into a special holder in the center of the instrument panel.

Only high-quality materials processed by proven experts are used for the Renault 5 Diamant. Pierre Gonalons relied on professionals with whom he works regularly. The seat covers were produced by textile specialists Métaphores and the horsehair fabric over the instrument panel by Le Crin, a centuries-old company that weaves exclusively by hand. The mohair wool rug comes from Pinton, one of the last tapestry craftsmen in France. The gilding, including the monogram, on the bonnet was carried out by the renowned Parisian Atelier Bertin-Aubert. The marble for the steering wheel and storage compartment has been recycled and tubed by specialist Minéral Expertise to make it lighter and more malleable.

THE RENAULT 5 DIAMANT AS AN AUCTION AND DIGITAL OBJECT

In addition to the real Renault 5 Diamond, Renault and Pierre Gonalons will also develop a number of NFTs (Non-Fungible Tokens) inspired by the Renault 5 Diamond and launch them in September. A few weeks later, the Renault 5 Diamond will be auctioned off with its digital twin. The proceeds go to the new Renault project "Give Me 5", with which the brand supports young people through sports and music.