Why is there a trial period? Statistically, the age group from 18 to 24 years is most often involved in traffic accidents. Due to the lack of experience of this age group in road traffic, dangerous situations are often misjudged and it comes to Accident. For this reason, the regulation was introduced in 1986 that novice drivers initially had to obtain a driver's license two years probation admit. In order to cause fewer traffic accidents, attention is paid to the Compliance with traffic regulations respected. Traffic violations will also be punished during the probationary period stricter punished and since 1999 the probationary period has even been extended in the event of a violation extended by up to two years. The regulations serve to reduce the number of traffic accidents caused by novice drivers and are intended to encourage them to be more vigilant on the road, especially at the beginning.

From when and for whom does the probationary period apply?

If the 2 years aren't quite over yet, then only that will run remaining time the probationary period of the lower class.

accompanied driving at 17 and the Classes AM, L and T

This is an exception to this rule accompanying driving at the age of 17 In this case, it is irrelevant whether you already have a moped or moped driver's license. This is when the two-year probationary period begins from the new. And then there are classes AM, L and T. For the classes AM (including mopeds L1e-B), L  and T (agricultural vehicles) exist, by the way none probation. The probationary period begins for the driver only with the next higher class.

Rule violations during the probationary period

The same laws apply to all motorists in Germany. However, traffic offenses in the probationary period punished more severely. This is intended to teach novice drivers the importance of complying with traffic regulations. In the event of rule violations, there will again be between A violations and B violations distinguished. An A violation brings worse consequences with itself as a B violation. Both violations will with points in Flensburg punished. Anyone who is guilty of one A violation or two B violations is threatened with the Extension of the probationary period to four years, a Fine and a Advanced seminar (retraining). In addition, some A-violations also bring criminal consequences with himself. 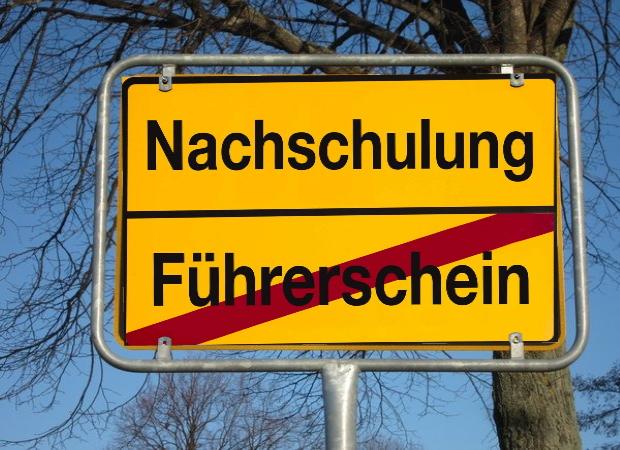 The one B-violation threaten points in Flensburg and a fine, however no probationary period extensiont. Whether you get a point for a crime, decides Bußgeldkatalog. You can view this online and look up the penalties for which violations. All points are reported to the Federal Motor Transport Authority in Flensburg and one point is noted in the driving aptitude register. It is possible to reduce the points through seminars at driving schools, but only for drivers outside of the probationary period. If the score is more than 8 points, the driver's license will be revoked. It does not matter whether you have already completed the probationary period or not.

Blitzer during the trial period During the probationary period, a 3-tier sanction system. In the event of an offence, the probationary period will expire extended to four years and you have to Advanced seminar graduate You have to do this pay for yourself and it can be completed at many driving schools. The traffic rules are brought to you once again. who after commits another breach of the Rules, is warned in writing and asked to voluntarily seek a traffic psychological consultation within two months. The advice is voluntary and you have two monthsto claim them. If you commit a traffic offense again, your driver's license will be revoked withdrawn for at least 3 months. After this time, a reissue applied for and a medical-psychological examination (MPU) to be completed. And in many cases this is not as easy to pass as you might think. If necessary, a repeat driving test may also be necessary.

drunkenness during the probationary period Getting a driver's license has many advantages. You are now freer and more mobile. However, novice drivers are more likely to have traffic accidents, which is why there is a probationary driver's license. Unfortunately, many underestimate the risk that road traffic entails and misjudge situations due to a lack of experience. Always remember that if you break traffic rules, you are not only endangering yourself, but also all other road users. The probationary period means that in the two years you have more serious consequences for traffic violations than drivers outside the probationary period. Depending on the severity of the offence, there is a threat Fine and Extension of the probationary period including one advanced seminar. These costs can be up to 500 € and the renewal of the driver's license comes with around 300 €. Traffic offenses come with a very high penalty. Therefore, always drive carefully and carefully. Take your time learning how to drive and don't get cocky. Safe driving requires time and rest. Always practice the rules of the road and obey all traffic signs. If you keep all these things in mind, you will surely get through the probationary period.